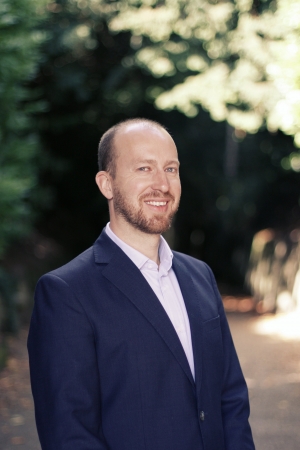 Simon has worked as consultant, manager, and director within the recruitment industry since 2003, specialising in social care executive recruitment. Simon has played key roles in the growth and success of companies such as Beresford Blake Thomas (BBT), Vedior and then Eden Brown.

At BBT Simon was a team manager that saw him manage social care consultants in Birmingham and Coventry. This role gave him his passion for leadership and staff development. In 2008 Simon was headhunted to develop the social care division within Eden Brown. As the assistant director, he led and oversaw Eden Brown’s historic rise in this specialist sector. A four-year period of rapid growth and development followed which saw Simon promoted to director of the social care division, managing in excess of 40 staff across seven different offices.

His final role with Eden Brown saw Simon promoted to divisional director for the North and Midlands regions, this increased his portfolio of services he managed to include the technical, charities and housing recruitment teams in addition to social care. This promotion also included responsibility of a budget in excess of £30 million.

After always dreaming of starting his own business, Simon co-founded Hampton’s Resourcing, which allowed him to concentrate on the sector he knew best; social care executive recruitment. Simon’s day to day running of the business means he is based at the Warwick head office and splits his time between recruitment, staff development and the continued growth of the business.